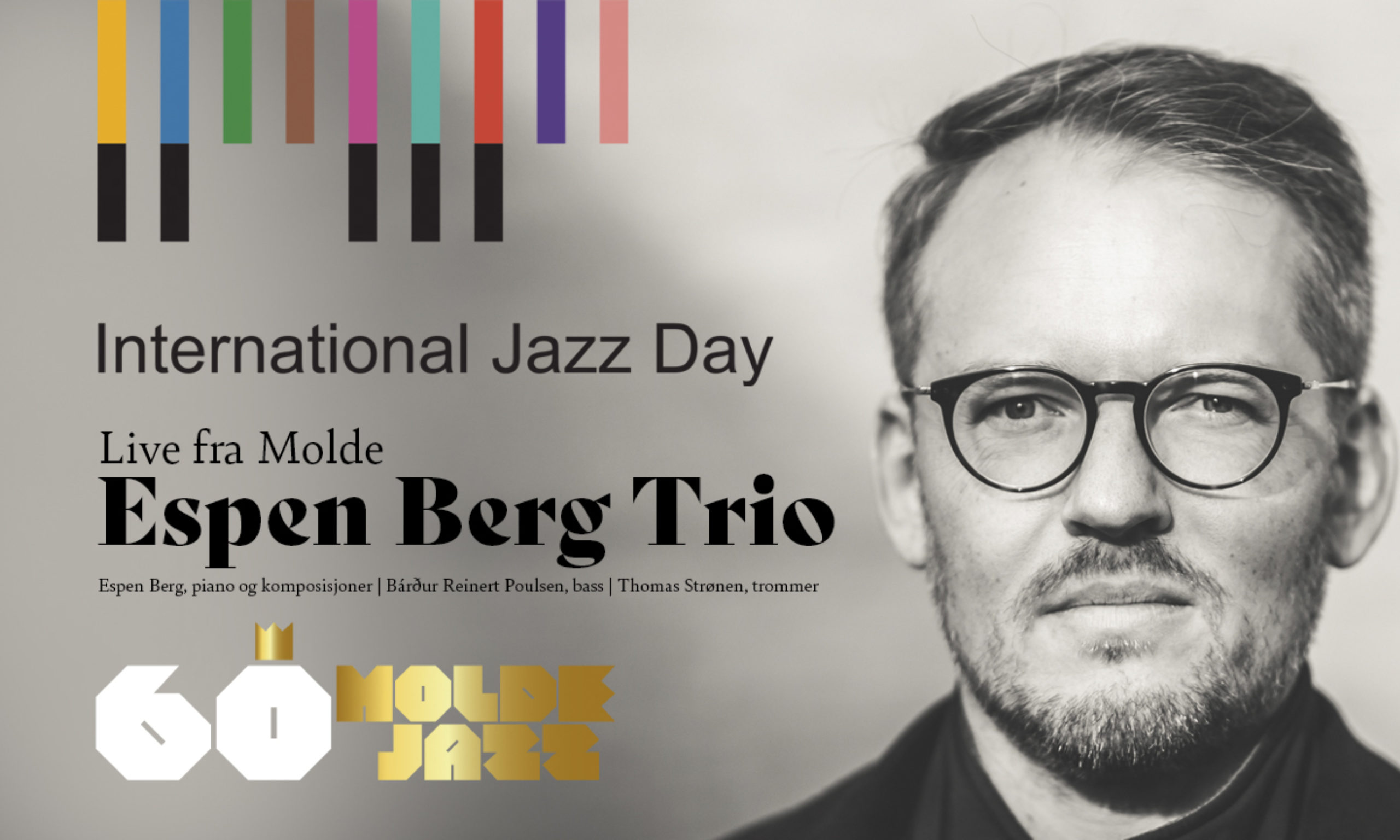 Espen Berg Trio is in our original festival line up for 2020, now you can digitally enjoy the trio live on Facebook as we celebrate the International day for jazz music

We are very pleased that Espen Berg Trio had the opportunity to do this live "stunt" at short notice!
Espen Berg Trio is one of Norway's most well-known and critically acclaimed piano trios and consists besides Espen Berg himself on piano by Bárður Reinert Poulsen on bass and for this occasion Thomas Strønen on drums.

Prior to the concert there will be a conversation between festival manager Hans-Olav Solli and cultural editor of Moldes local news paper Romsdal's Budstikke, Vera Henriksen. The streaming is done in collaboration with Sound and Stage production, which stands for technical execution.

Espen Berg Trio:
In 2017, Espen Berg set the venue Teatret Vårt on fire in co-operation with the Trondheim Jazz Orchestra when he performed his Sparebank 1 commission work “Maetrix”. A captivating and rhythmic breakthrough that not only thrilled the audience and reviewers, but also legend Pat Metheny who later stated that it was one of the best concerts he had been to!

Espen Berg Trio has experienced a breakthrough in recent years, first in Japan and later in Europe. In 2016, they were highlighted as "the biggest and most important new discovery" by key Jazz Japan. Espen Berg's melodic and at the same time very rhythmically complex music forms the basis for the trio's dynamic, spontaneous and temperamental interaction.
In 2019, the trio released their third album "Free To Play" to ecstatic reviews in Downbeat, BBC Magazine and a host of other significant publications. The British Jazz Journal wrote in its review "Espen Berg Trio is fast becoming a new clear voice in the crowd of post EST trios, and while their two previous albums have a lot of commendation, they have" Free To Play "really hit a creative vein."

This is simply a very engaging trio, where the interaction really gets to shine!