How would the recruitment to Norwegian jazz been if it were not for the band movement?

Earlier this year they became public property as participants in MGP with the hit song "Let Loose" with vocals by Caroline "Hazel" Teigen.

All three have a heavy band background, and in their musical environment they are worshiped as heroes. "The three of us are very proud of the values we have gained from the band movement. We want to give something back to a movement we greatly appreciate" they said in a recent interview. "It would have been great if we had helped recruit new potential musicians to contact their local bands." They have previously collaborated with artists such as Cezinando, Madcon and Marcus & Martinus. For the past decade, the trio Blåsemafian has worked to establish themselves as independent artists, and in 2019 they released their first single "Into the Light" with Tony B.

Lærlingan is a music and theater group for young people in Molde and the surrounding area.

The group was started in 2006, and has between 10 and 15 members annually. Several of these have gone on to education and careers in music or theater. In Alexandraparken 22/7 you get to meet some of these. Exactly who will depends on which coronary restrictions apply in July. On several occasions, "old" Apprentices and other musical friends take part in various playing assignments.

This applies, among other things, to the annual " Medan dei er heime"" concert on Christmas Eve, and when Lærlingan has its annual concert during Moldejazz. Twice "Lærlingan" has participated in DUS (DUS = The Young Stage). In 2011, the group was selected to represent Møre og Romsdal at the national DUS festival in Oslo, where they play at the Norwegian Theater. At this festival, Lærlingan was also a kind of festival band and played music during the opening and at the festival party. 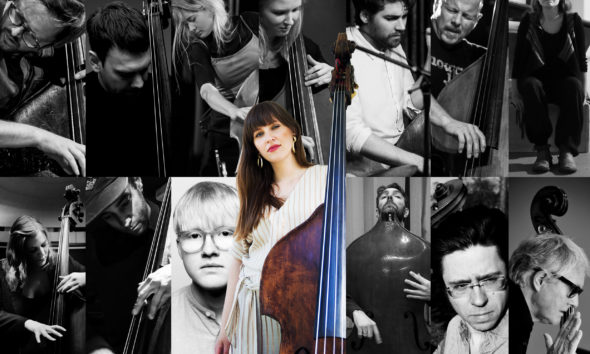